Please, help me welcome guest writer, Shaun DMello, to the blog. Shaun is a prolific writer who has worked with a wide range of health and wellness brands for over a decade. His main areas of expertise are nutrition, fitness, natural medicine, public health, and health care technology. When he’s not writing, you can find him reading a good book, curled up on a recliner, jostling for space with his four cats.

I invited Shaun to share his research on the benefits of turmeric tea as everyone (including myself) are interested in obtaining an edge on our optimal health. I hope you enjoy this information as much as I do.

There’s no better way to start your day than with a cup of refreshing tea. It’s no substitute for a wholesome breakfast, but there are plenty of healthy reasons to drink tea every morning. Of course, if you’re looking to drink tea for its health benefits, turmeric tea is your best choice for a variety of reasons. A root or rhizome, belonging to the same family as ginger, turmeric has long been used as atherapeutic ingredient in the ancient Indian medical system of Ayurveda. Today, most of the health benefits of turmeric tea are linked its main bioactive ingredient – curcumin.

1. Helps Fight Inflammatory Disease Inflammation is a part of your body’s natural response to infections and illness, but chronic inflammation is problematic. It is linked to almost all chronic and lifestyle diseases, including heart disease, diabetes, and cancer, as well as degenerative and inflammatory conditions like fibromyalgia, osteoarthritis, inflammatory bowel syndrome, and Alzheimer’s. Turmeric tea can increase protection against such diseases because of curcumin’s anti-inflammatory effects. Curcumin blocks activation of NF-kB, a group of molecules that plays a role in inflammatory disease. Perhaps unsurprisingly, studies have found that curcumin may help relieve inflammatory symptoms in conditions like rheumatoid arthritis even more effectively than some NSAIDs.

2. Provides Antioxidant Protection There has been growing awareness in recent years about the role of free radicals and oxidative damage in aging and other degenerative processes. While there’s no avoiding oxidative damage and aging altogether, antioxidants can increase protection considerably. Turmeric tea is known to be loaded with antioxidants that can do precisely this. Once again, these antioxidant benefits are linked to curcumin, which has also been shown to increase protection by raising glutathione levels to enhance activity of natural antioxidant enzymes in the body.

Nerve cells called neurons can multiply and form news connection in different areas of the brain. This process is called neurogenesis, which largely depends on a kind of growth hormone that works specifically within the brain - brain-derived neurotrophic factor (BDNF). A decline in levels of BDNF can be linked to a wide range of disorders, from mental illnesses like depression to degenerative brain conditions like Alzheimer’s. Turmeric tea may help offset the risk of such conditions as research shows that curcumin can actually increase levels of BDNF. A notable feature of Alzheimer’s disease involves the formation of amyloid plaques between neurons. Some studies indicate that curcumin may be able to help clear these plaques, which otherwise impair connections between neurons.

4. Improves Cardiac Health There’s a lot that you should do to protect against heart disease, such as eating healthy and exercising. Adding turmeric tea to your regular diet could increase protection too, as curcumin addresses many of the risk factors linked to heart disease. The most notable benefit in this regard would be curcumin’s effect of improving endothelial function; impaired endothelial function can adversely affect blood pressure, clotting, and other factors that contribute to heart disease. Curcumin’s anti-inflammatory and antioxidant benefits also play an important role in protecting against cardiovascular disease. Some studies show that curcumin intake both before and after coronary artery bypass grafting surgery could lower the risk of a heart attack by as much as 17%.

5. Lowers the Risk of Cancer

Cancer is one of the most feared diseases and it’s unfortunately becoming increasingly common. While no natural remedy can provide foolproof protection against cancer, some foods and beverages can help with risk mitigation. Turmeric tea may be particularly helpful at preventing certain types of cancer like colorectal cancer. A study that looked at the risk of lesions in the colon turning cancerous found that curcumin supplementation resulted in a 40% reduction of lesions. Regular consumption of turmeric and turmeric tea may also offer wider protection against cancer, as other studies suggest that it can reduce both angiogenesis and metastasis, restricting the development and spread of cancer cells. While more research is needed before turmeric or curcumin can actually be used as therapeutic tool in the fight against cancer, it doesn’t hurt to start sipping on some turmeric tea in the meantime.

Although we’ve focused on 5 of the most notable benefits of turmeric tea here, there’s a lot more ways in which it can boost your health, from bolstering immunity to supporting healthy gastrointestinal function. When using turmeric, however, you should keep in mind that curcumin is not easily absorbed by the body. To get all of the health benefits, you should combine turmeric intake with black pepper, as piperine in pepper improves curcumin absorption. Just add some black pepper powder to your turmeric tea or pair that cup of tea with hard boiled egg or any other food sprinkled with pepper.

Other articles by author Shaun DMello:

How Parents Can Help Children Who Struggle With Homework

8 Foods To Avoid With Ulcerative Colitis

If you are looking for more informative health articles like this, www.everydayhealth.com, is an excellent resource for all things health and wellness.

How to Get Back on Track After a Binge Weekend

Ring in the New Year with These 5 Goal Setting Tips 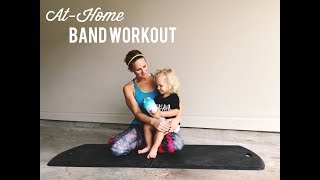 5 Fitness Tips For Your New Year